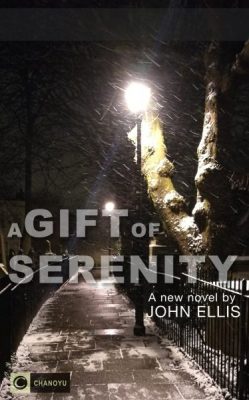 A Gift Of Serenity

‘A Gift Of Serenity’ follows the ‘long march’ of Charles Walker, a very unpleasant human being. He has left London as a result of a visit from The Blitzers and a need to find some kind of personal epiphany. He is drawn to an unknown destination in the West of England, not knowing who or what he will find when or if he gets there.

Over thirteen chapters we follow the pale man from London to Cornwall across an ancient, sacred landscape set in the year 2020. On his way, he encounters bizarre characters and experiences events that come from a mysterious and darker England hidden from the view of city dwellers, a place of folk memory and local legends. On your own journey as a reader, you will meet the giant Jargo Darrowman , Magda and her blind brother Jess, the female vicar Ophelia, Stella Phoebe Moon, the barmaid of The Crafty Crow and many others.

In this debut novel, John Ellis has drawn from personal experience and his own interests in the sacred landscape of England to craft a story that combines mystery, suspense, surrealism and magical reality. He says the story grew out of the lyrics of a song he wrote and still performs regularly called Albion Street.

The book is conceived as a piece of literature but is written as a series of episodes that would translate into modern television viewing such as Netflix or Amazon. But it is also an homage to the storytelling of his literary hero, Charles Dickens. In fact, several years ago Ellis created a Facebook thread as if it were an unfolding Dickensian Christmas ghost story. Readers took the story to be a real event and their praise encouraged Ellis to write in a more expanded form. The result is what you might be about to read.

If you like the work of Dan Brown, Peter Ackroyd, Tolkien, Joseph Campbell, Mervyn Peake, George R.R. Martin and others you will enjoy this debut novel from John Ellis. To find out more about the author go to www.chanoyurecords.com

John Ellis is a respected British songwriter and guitarist who has worked with artists including Peter Gabriel, The Stranglers, Adam Ant, The Vibrators and many more. He is the musician behind the infamous Jimi Hendrix Welsh anthem hoax.

Buy ‘A Gift Of Serenity‘ here.

The Firediver is a short story by John Ellis. A middle aged blogger writes about his holidays in England with his Mum and Dad. As a result, he is contacted by the daughter of Harry ‘Hothead’ Boughton, the Yarmouth firediver. She has a very strange story to tell. 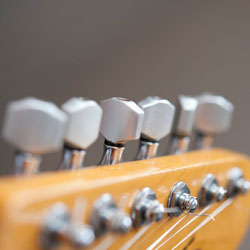 John Ellis has also written a guitar tuition book that takes a very different approach to the subject. He is currently looking to work with a publisher to develop the project.